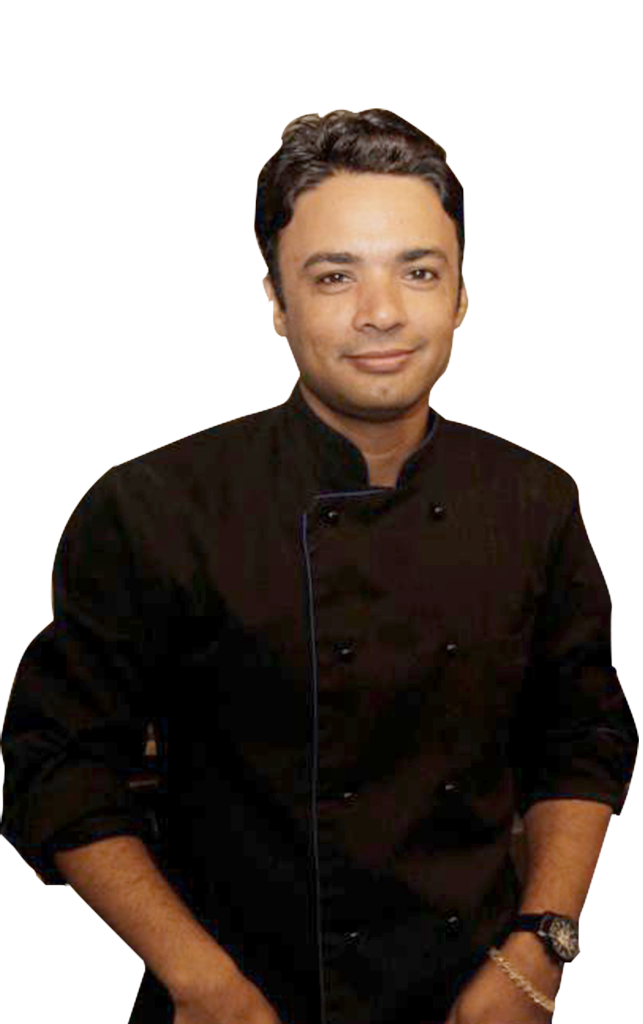 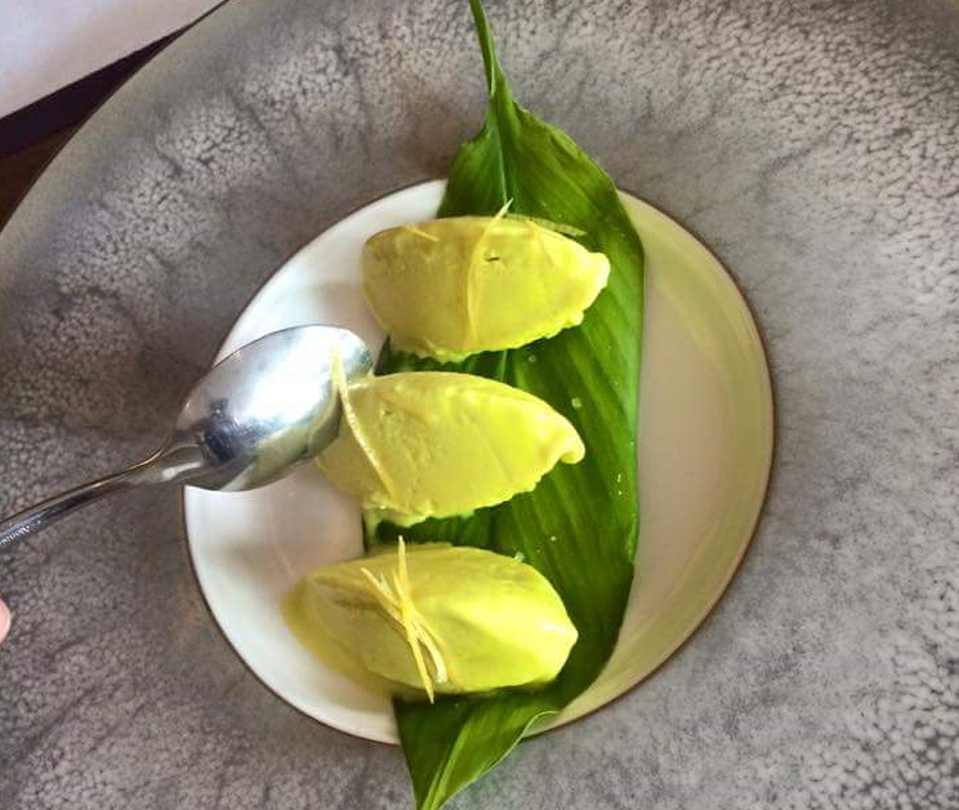 Step 4: Add orange rind and cool it down.

Step 6: Blend the same with a blender.

Step 8: Make a quenelle or roundel and serve it some sea salt, orange rind and drizzle some bit of reserved sugarcane juice.

Currently heading Food Tree as the founder director, worked with Roseate Hotels and Resorts for 7 years as Corporate Chef, Nishant Choubey started his career with the Oberoi group of hotels at Rajvilas, Jaipur. After working for over two years, Chef moved to Dubai and joined Jumeirah group as part of the pre-opening team for Madinat Jumeirah. After spending three years with the hotel, Chef Nishant moved back to India in New Delhi and joined Olive, where he was active at the Olive Bar & Kitchen, Mehrauli. He was also a part of the pre-opening team for Olive Beach in Bangalore, Ai Olive’s Japanese restaurant and Lap. Coming from a family of academicians, chef did his schooling from Kendriya Vidyalaya in Bokaro Steel City and graduated from Bhopal Catering College in Madhya Pradesh. Chef’s cooking motto is simple and thus exclaims - Cooking for me is giving a gourmet experience to my esteemed guest in the most sustainable environment. I always allow my food to speak for my repertoire! Chef of the year 2017, he has won many laurels during his career span. Consulting chef for Indus Bangkok which is recognized in Michelin Plate and is the only Indian Restaurant to attain the fame in casual Indian category .Won Bocus d’ Or competition in 2009, Gold medal at Aahar 2013 in the innovation category, Chef Of The Year 2015 by Outlook Traveller, representing India at the Madrid Fusion 2015 and winning The Grand Avant Garde Chef 2015 award by Rinku Madan (ex-journalist and currently a blogger at damnfinelife.com).Some other notable milestones include, attending Master Chef Classes at the World Gourmet Summit (Rising Stars of the Century), Singapore (April 2006), attended by the top 12 Chefs from around the Globe, being selected for Southern US training by Southern Foods Program in 2010, participation in the Master Chef Classes at the world Gourmet Summit, Singapore (April 2000) attended by top 12 Chefs from around the Globe, cooking for gourmet gurus of India sponsored by Times Food and Nightlife magazine and cooking an 8 course tasting menu for BBC GOODFOOD in 2014. Called as an exclusive speaker on Indian cuisine by Mauritius Tourism. Part of exclusive TV show with TATA SKY in association with FAMHEALTH which is slated to be launched in July 2018. Part of #Odhishalitfest17 as a speaker on sustainability. The programme was conducted by Indian Express. A versatile chef, the culinary maestro has created chef d’oeuvre Pop ups in Bangkok, Spain, Canada, Nairobi, Argentina and Japan on Sustainable Indian cuisine. Chef is invited to hold a masterclass at University of Michigan and Indiana in March 2018. Currently writing a book with Dr Pushpesh Pant.